Baccarat is a card game that is one of the most popular games a casino can offer. It is also mentioned as James Bond’s favorite game in Ian Fleming’s novels.

The rules of the game are simple, which is one of the main reasons why people are drawn to this game. You won’t have to create complicated tactics. All you have to do is place your bets and enjoy the game.

Baccarat is basically a game of chance and betting on either the player or the banker will make no difference. The person who is closer to nine will win the game. One of the interesting things about baccarat is that the player won’t have to do anything after placing a bet. Unlike blackjack, you won’t have a choice of whether you’d like another card or not. Depending on your two-card combination, you will either receive another card, or you won’t.

Dealing Cards in the First Round

After bets are placed, and you bet on the banker, the player, or tie, the game will start. It is worth mentioning that you can bet on two or even all three options and place different sums (or equal) on any of these three places, but it would be pointless.

If the player’s hand has a sum of eight or nine, the hand is called “natural,” and the player will win. Of course, if the banker’s hand is the same, the result will be tied, and if someone placed their bet on a tie, they would be the winner.

Now, we won’t talk about techniques for counting cards here, but rather about the value of each card in baccarat. Firstly, all cards from two to nine count as their face value. Aces will count as one only, and all face cards and tens count as zero (or they don’t count at all). The system for determining which hand is better is simple. Since the highest result of baccarat is nine, every two cards with the sum over ten will count by the second digit only.

For example, if the player gets two cards that are three and five, the hand will count as eight. However, if the cards are nine and six, the total sum is fifteen, and in baccarat, it will count as five. Furthermore, getting a ten and jack will count as zero, and getting ten and three will count as three.

As you can see, when the sum goes over nine, the counting starts from the beginning.

The rules for the players are rather simple. If the player has a total sum that is between zero and five, they will receive the third card. If the sum of their two cards is six or seven, they will stand. If the sum is eight or nine, it is natural.

We’ve already mentioned that the player wouldn’t have any impact or any choice when it comes to getting additional cards, and as you can see here, it all depends on the sum of the two cards they received at the beginning of the game.

Now, the rules for the banker are a bit more complex since they depend on the dealer’s two cards as well as the cards that the player received.

The first rule is the only one that is unimpacted by the player’s combination, and it says that if the dealer has a sum of two or less, they will draw an additional card regardless of the player’s two cards. 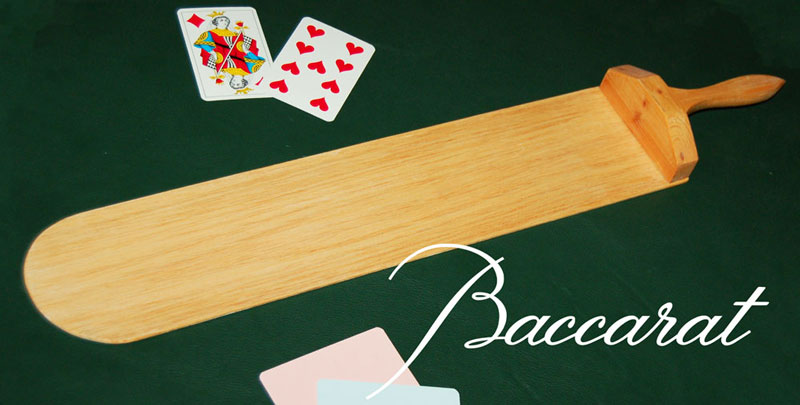 It is worth mentioning that there are three main versions of baccarat that are available. The first one is punto banco or, more popularly, the North American baccarat, chemmy is the second, or baccarat chemin de fer, and the last version is baccarat banque. The rules we explained are specifically for punto banco, where the course of the game is determined by the cards the player received. However, in the other two versions, both the player and the banker will have a choice of whether they would like to receive an additional card or not (similar to blackjack).

While tactics like card counting can give you a slight edge, it is not something that’s really significant. However, if you combine this tactic with something like edge-sorting, it can give you quite an edge compared to playing without tactics.

The edge-sorting technique is not something that you can always pull off, and the idea behind it is to recognize patterns on the cards that are facing down. One of the cases that mention edge-sorting and baccarat describe the player managing to convince the dealer to rotate certain cards for 180 degrees. After that, he required that the dealer use only the machine shuffler, and he recognized the pattern on the back of the cards for high-value cards (or the ones that were rotated).

While the story and the entire case is interesting, there is almost zero chance that you’ll be able to convince the dealer to do something like this for you. Furthermore, if you play the game at an online casino, all the results will be determined by RNG, and you will have zero impact on the next card that might show up.

While baccarat remains one of the most exciting and popular casino games, it is still a game of chance where you will have almost no influence or impact on the outcome of the game.